Images of iPhone dummy units have become something of an annual tradition in the rumor mill and these pictures come at the expected time in the yearly iPhone cycle, just a couple of months ahead of Apple's usual September-October launch timeframe.


Dummy units are usually based on chassis design schematics sourced from the Chinese supply chain, and like previous years, these images conform with details we already know.

Apple is expected to launch two flagship OLED iPhones this year that measure in at 5.8 and 6.5 inches. The latter model shown in the leaked images features the same vertically oriented dual-lens rear camera as the current iPhone X. One uncorroborated report claimed the 6.5-inch iPhone will use a triple-lens camera setup, but that's actually something that's been rumored for the 2019 iPhone lineup.

Apple is also expected to debut a lower-cost 6.1-inch device that features an LCD display to keep the price tag more affordable. As predicted, the 6.1-inch dummy unit in the images has slightly larger bezels to accommodate the lower-spec LCD panel. 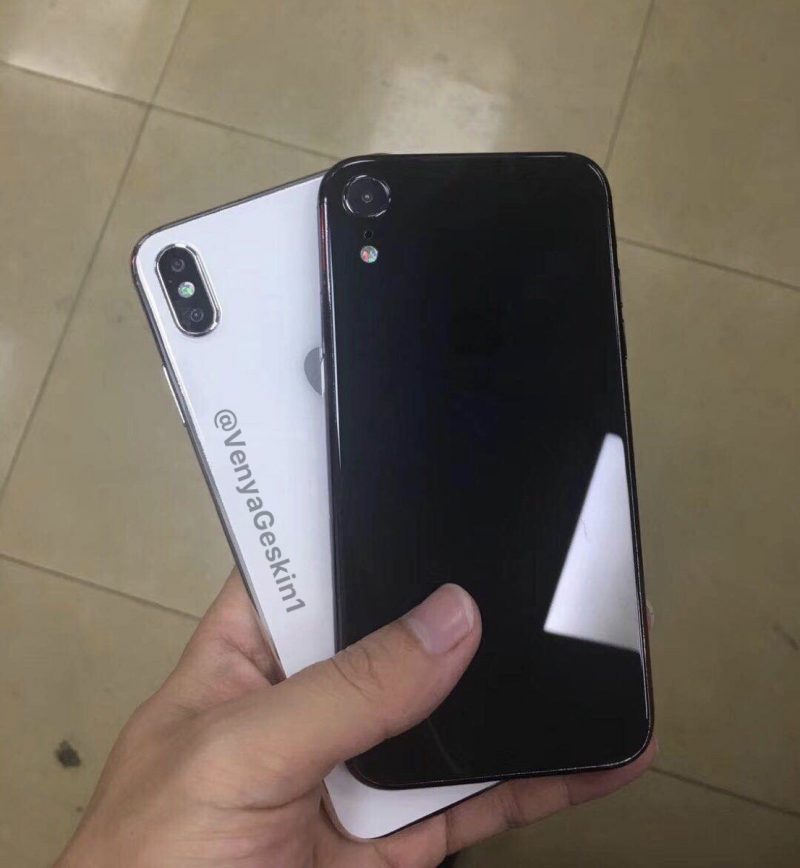 As a mid-range device, the 6.1-inch model will feature some iPhone X features including Face ID, but Apple is planning to make other compromises apart from the screen to keep the cost down. The single-lens rear camera shown in the images is the most obvious of these. Apple is also believed to be using aluminum for the frame of the 6.1-inch device instead of steel.

While the current iPhone X is limited to Space Gray and Silver, well-connected Apple analyst Ming-Chi Kuo believes the next-generation iPhone X models will be available in Black, White, and Gold. The 6.1-inch model however could come in a wide array of colors, including red, blue, orange, gray, and white.

Kuo believes the 6.1-inch LCD device will be priced at around the $700 to $800 mark, similar to the iPhone 8 and the iPhone 8 Plus. RBC Capital Markets analyst Amit Daryanani believes Apple will sell the iPhone X Plus at $999, the price of the current iPhone X, while the next-generation iPhone X could sell for $899.